Wow. The mask has been slipping a lot more these days, but rarely does it fall onto the floor and shatter:


Only [raise the minimum wage] if you want to rip the first rung in the ladder of opportunity for teenagers, for minorities, for people who are trying to get into the job market for their first job.


I cannot figure what he is saying here. Is he simply equating minorities with teenagers and first-time job seekers - i.e. untrained, unskilled, and unworthy of real careers until they prove themselves? Is he just admitting the existence of white male privilege, since they get to skip the first rung on the ladder? Are these three separate categories, or merely different ways of describing the same category - since teenagers are obviously first-time job seekers, did he mean that category to reflect the first or is it meant to refer to housewives seeking employment after raising their children?

Can anyone think of a interpretation that doesn't make McClintock look like a monster?
Posted by MCPlanck at 6:19 PM No comments:

I really like these photos, because I have never actually seen my book on a store shelf, what with living Down Under and all: 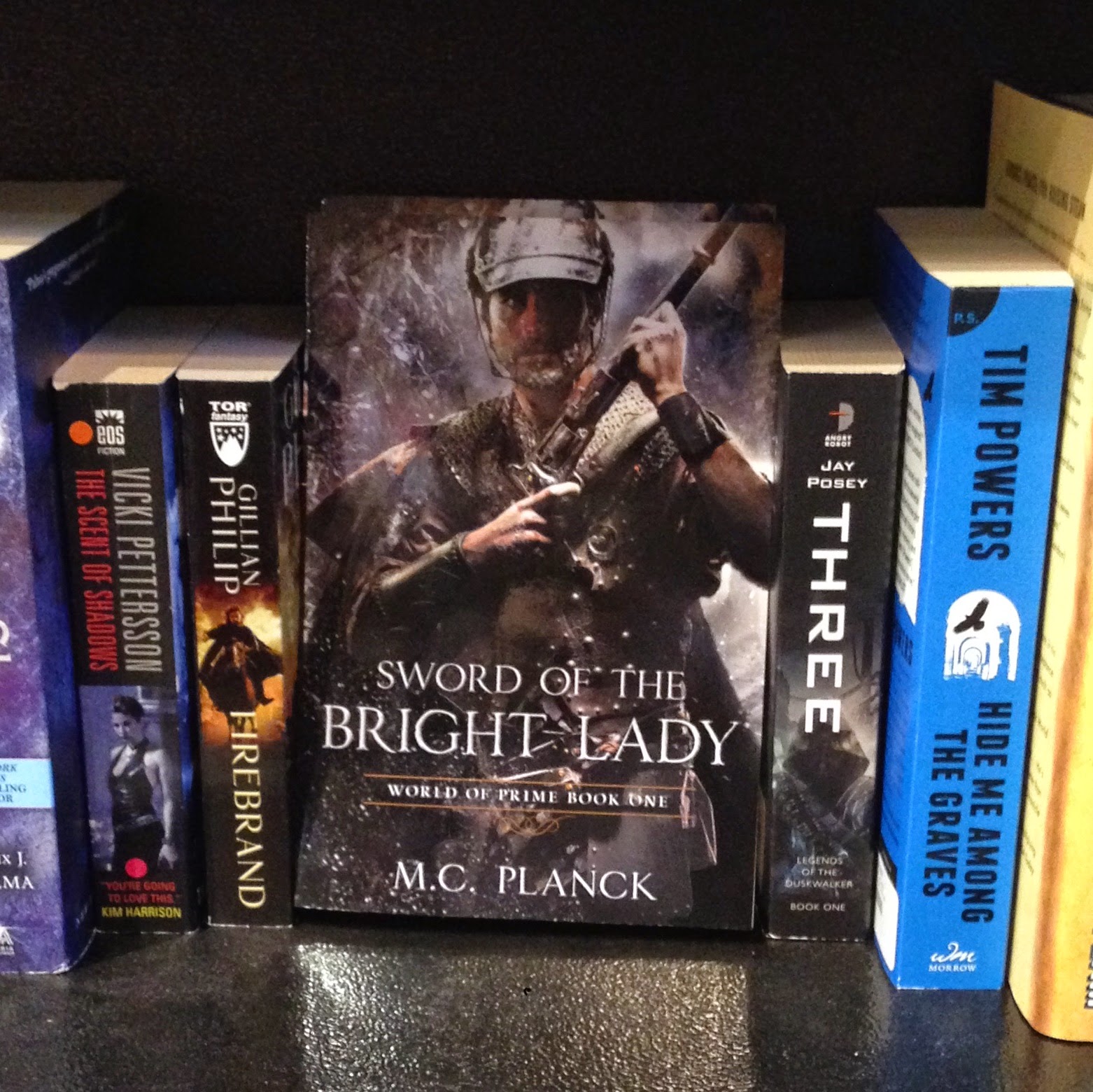 Spotted at Changing hands in downtown Phoenix, with the covers already facing out. :)

Thanks, A.B.! (You should also check out her blog; she's a more prolific writer than I am, both in books produced and blog posts about books.)
Posted by MCPlanck at 3:48 PM No comments: